On 7th June 2016, the Cabinet approved the draft of the Land and Building Tax Act (the “Draft Act”) which was proposed by the Ministry of Finance.  The main purposes of the Draft Act are as follows:

The tax payer under the Draft Act is an owner of land, building or apartment unit or a tenant of land or building of state.

The tax base under the Draft Act is a value of land, building or apartment unit.  The value of each property can be                 calculated from its official appraisal price multiply by its area. 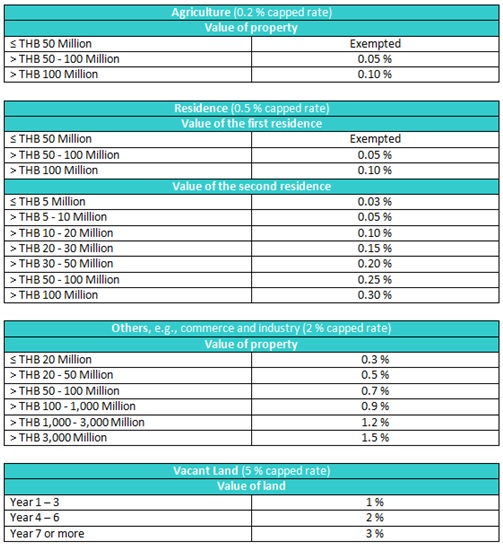 We will keep you updated on further developments of the Draft Act.

Should you have any queries, please do not hesitate to contact us.

The Thai Copyright Act B.E. 2537 was enacted in 1994 and has remained unchanged until 2015. Due to recent developments in technology, it is necessary to modernize the law on copyright to bring it in line with such technological developments.